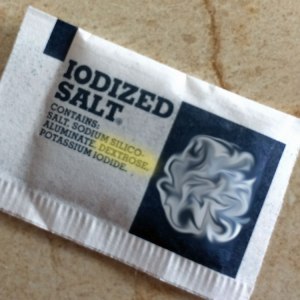 Seriously folks, they put SUGAR in salt!?!?! Never even would have checked ingredients on it if it weren’t for my 11-year-old who reads EVERYTHING.

Perhaps the major principle of Trim Healthy Mama is nixing sugar and its many high glycemic-index (GI) cousins from your diet.  It all seems very straight forward, until you start reading food labels and discovering just how many things sugar is added to.  Things you would never suspect–canned kidney beans, chicken broth, canned diced tomatoes, spaghetti sauce, …salt.

1. The actual amount of sugar (dextrose in this case) in a serving of salt has got to be tiny. I’m not advocating becoming so obsessed with tiny amounts of off-plan stuff that pretty much everything not grown by yourself becomes off-plan. You can go overboard on label reading and avoiding off-plan items (I know purists would probably disagree) to the point of being in even more of a food prison than you started out in. However, that said, you do have to be aware that using several things that have tiny amounts in them can become one big amount and can become an issue (especially for us Drive-Thru Sues) that affects your THM journey.

2. There are THM no-nos (not just sugar, but that is the biggest offender) hidden in many things you would never even think to check…and in places you can’t check–like the food you order at a restaurant that doesn’t come with an ingredients list.

3. It is also important to recognize that sugar goes by many names.  Its alias list is longer than some FBI files.  Here are just a few of its alter egos:

There are some 56 names for sugar.  Even worse, once word gets out that consumers have caught on to a name for sugar and start avoiding it, the food industry simply petitions the FDA to allow them to change its name.  There have been reports of proposals to change the name of ‘high fructose corn syrup’ to just ‘corn sugar’, ‘HFCS-90’, or ‘isolated fructose’ which, in theory, would give food manufacturers the ability to label foods as “Does not contain high fructose corn syrup”.  In 2012 the FDA ruled that high fructose corn syrup could NOT use the term ‘corn sugar’ instead, but I have not been able to find definitive proof (all I can find are natural food blogs, and I am reluctant to call them reliable channels of news as they often promote half-truths or out right myths and propaganda) that the other changes have occurred, but I don’t doubt they have been talked about.

In the case of Trim Healthy Mamas, it is not just high fructose corn syrup you have to be vigilant for.  ALL forms of sugar are considered off-plan and natural sweeteners like stevia, xylitol, and erythritol should be used instead.  This ban on sugar includes organic sugars, honey, and cane sugars.  The emphasis in THM is not on the “purity” of the sugar (i.e. its organic or non-GMO status) but on the glycemic index of sugars and, in that regard, organic sugar is just as bad for you as non-organic sugar.  High GI foods cause a spike in blood sugar immediately after eating them, then your blood sugar rapidly plummets, and your body’s metabolism and hunger hormones take a beating causing a vicious cycle of spike-crash-crave-feed-spike-crash-crave-feed…lather, rinse, repeat.  Your goal is to keep that blood sugar level as steady as possible be avoiding high GI foods.

So, what’s a “mama” to do?  Gotta check those labels.  Make sure you are checking the INGREDIENTS list and not the NUTRITION FACTS section of the label.  You do not want added sugars in the ingredients list.  Often times there are naturally occurring sugars that will cause the nutrition label to have sugar grams listed.  We are mainly worried about what is in the ingredients list.

In the case of the pictured salt, I would use it.  Like I said, in my opinion, there is such a thing as too vigilant.  Purists would disagree, and I respect their personal THM/food convictions and would ask them to respect mine.  Each mama has to find her personal balance of how much off-plan she is willing to allow.  For the grand majority of my salting needs, I use Himalayan mineral salt, which usually doesn’t contain dextrose (I’ve never seen it contain it anyway, but it is important to check just in case).  In other things, chicken broth or spaghetti sauce for instance, it’s more important to avoid those hidden sugars by finding items that don’t contain them.  I know it can be hard, but the results are worth it. 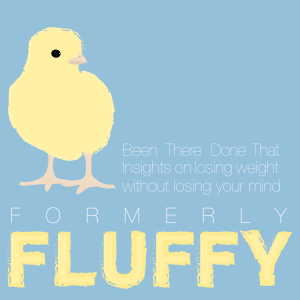